Has a breakup ever cut you so deep that just hearing a few bars from a song on the radio can send you sprawling, even years later? Do you work a crappy job for a thankless boss? Have you ever tried to summon your dead boyfriend back from beyond the grave? If so, you might just find “Sounds Like Love,” now streaming on Netflix, to be relatable.

The film’s protagonist, Maca (María Valverde), is like a lot of women in their 20s. In a spunky opening sequence, our Converse- and leather jacket-clad heroine tells us she’s been a loser for 28 of her 29 years, but now she’s ready to become “a bad bitch.” But her bravado tends to fade when the rubber meets the road; Maca mostly lets her boss, a vapid social media influencer (Miri Pérez-Cabrero), walk all over her, and the mere sight of her ex Leo (Álex González) brings her world crashing down.

We learn that the couple dated for five years and were on the verge of moving into their dream apartment before Leo suddenly left the country without an apology or even a goodbye. Now a tenured literature professor, Leo is back in Madrid and seeing someone new, and Maca is ready to get some revenge. But as the two trade barbs and pranks, sometimes lighthearted and sometimes cruel, Maca finds herself drawn once again toward the man she’s never really gotten over.

All of these tones and feelings might be relatable for viewers who are at the same stage of life as Maca, but they clash badly with each other when stuffed into a single film. Part of the problem is foundational; “Sounds Like Love” takes its story from two Spanish novels by Elísabet Benavent, and while books can get away with meandering plots that explore many facets of a character’s life, movies suffer when their focus wanders.

Juana Macías’ scattered direction compounds the problem. She liberally sprinkles reality-bending techniques into the film, from “Fleabag” style fourth wall breaks to daydream sequences to narration. Some of these moments are clever enough, like when Maca must physically navigate around corporeal memories of Leo, which have taken over her house. But like several of the film’s themes, these devices disappear as quickly as they arrive, and an overreliance on a too-obvious soundtrack doesn’t cover up the fact that Macías’ half-baked ideas don’t build to anything coherent.

While the minute-to-minute experience of watching “Sounds Like Love” isn’t exactly unpleasant, the film’s unsatisfying execution of an unoriginal story will leave most viewers feeling empty. For members of a certain demographic who happen to be at a certain stage of a breakup, this might work fine as streaming comfort food. For just about everyone else, it’s not worth the effort of turning on English subtitles.

Watch it if: you’re a woman in your 20s who wants to prioritize her career over relationships but also wants to watch trashy love stories on Netflix.

Skip it if: you want to see a deeper emotional conflict than career vs. love. 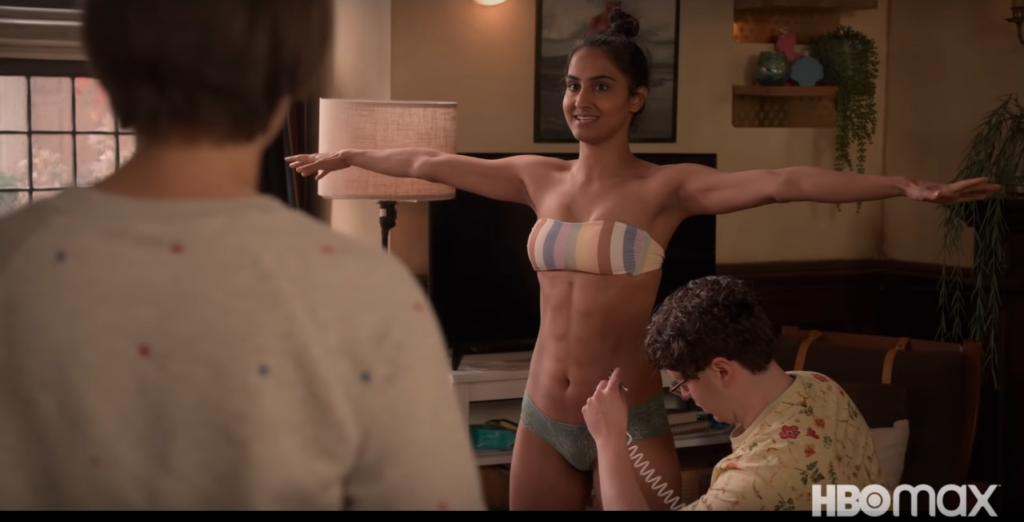