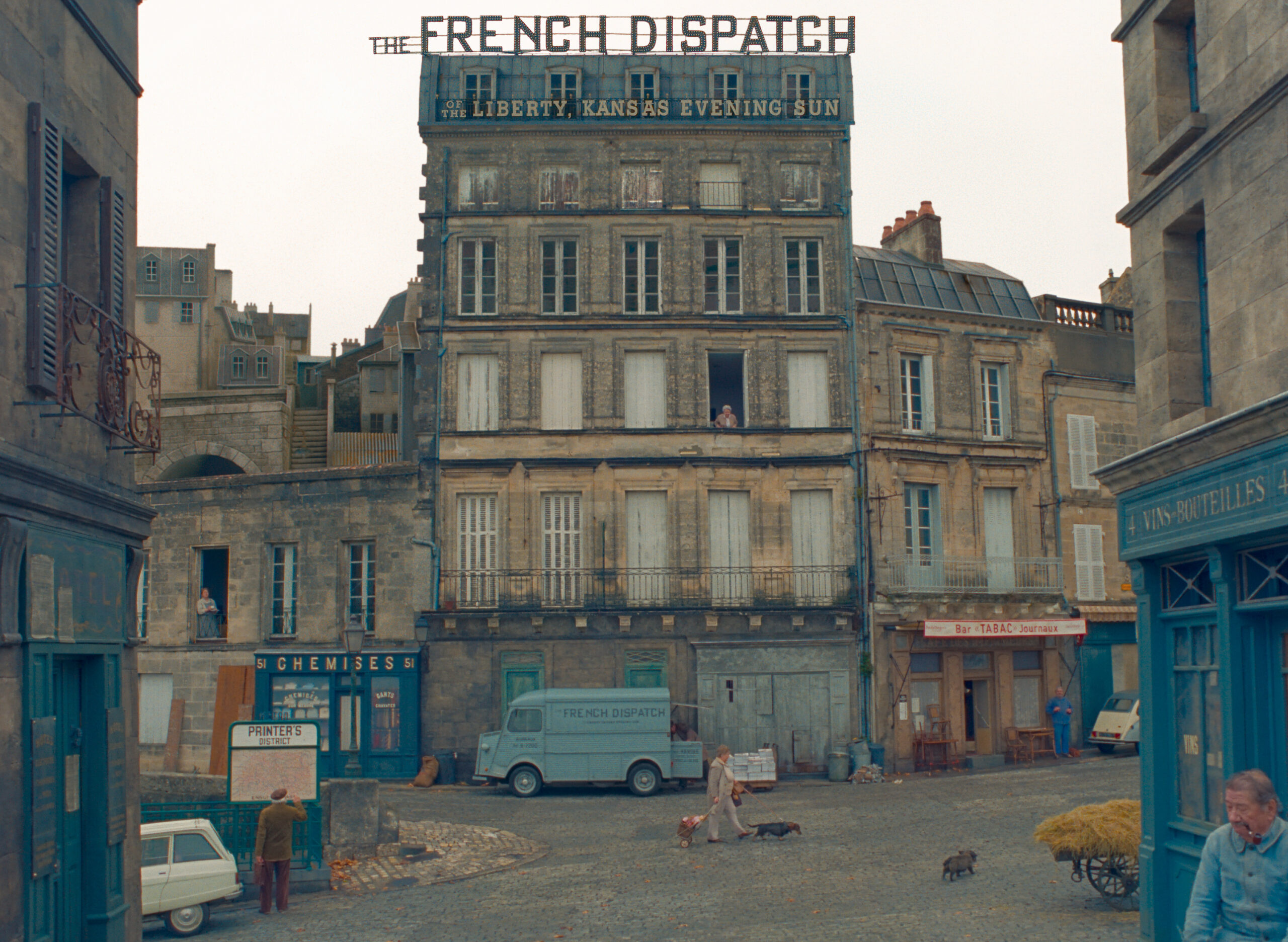 In this October moviegoing season defined by derivative slashers and grand epics, Wes Anderson has gone against the grain by delivering us yet another neat little package of whimsy. “The French Dispatch,” which finally hit theaters across America last weekend after a pandemic-related delay and an appearance at Cannes this July, looks, sounds and feels exactly like what you’d expect from the auteur, who has doubled-down on his signature dollhouse style time and time again over the past two decades. Yet while Anderson’s fans will find plenty to love in each tenderly framed shot and wry line of dialogue, something is missing here. “The French Dispatch” wants to be The New Yorker, but it’s more like a postcard; cute, but insubstantial.

The movie’s title refers to an expat magazine based in the fictional French city of Ennui-sur-Blasé. When editor Arthur Howitzer Jr. (Bill Murray) dies of a heart attack, the magazine’s staff must put together one final issue before permanently disbanding; three features from that issue become the three shorts that make up the majority of “The French Dispatch’s” 103-minute runtime.

Each of the stories is unmistakably Anderson and indisputably entertaining. The director pokes fun at modern art and art criticism with “The Concrete Masterpiece,” the tale of disturbed prisoner Moses Rosenthaler (Benicio del Toro), who paints what may be a work of genius while serving time for beheading two men in a bar fight. Next up is “Revisions to a Manifesto,” which lovingly lampoons an army of student protestors who aren’t exactly sure what they’re rebelling against. Finally, “The Private Dining Room of the Police Commissioner” details a kidnapping plot involving a renowned police chef (Steve Park), devious showgirls (including Saoirse Ronan) and a prodigious schoolboy detective.

As usual, the humor in Anderson’s script is on point. It may not be for everyone, but the director’s admirers will find plenty of visual gags (Frances McDormand and Timothée Chalamet strolling out of a dinner party in matching gasmasks is really something to see), clever wordplay and rat-a-tat banter throughout. Of course, it doesn’t hurt that the ridiculously stacked cast is clearly having a grand time.

Anderson’s longtime collaborator Robert Yeoman handles the camera, and the results are typically delightful. Much of the film is shot in black-and-white, but bursts of the director’s usual palette of pastels occasionally emerge to highlight moments of passion and inspiration, as well as to color the newsroom that Anderson so clearly wants to honor. Each of “The French Dispatch’s” stories features a few unique shots and storytelling devices – a tracking shot through a raucous prison fight, a story-within-a-story involving a high school play, an animated chase sequence – but these one-of-a-kind moments don’t make the movie feel disjointed. If you like the way Anderson’s films look, then the camera work here will likely justify a trip to the theater all on its own.

Yet the film is less than the sum of its excellent parts. “The French Dispatch” has been described as a “love letter to journalism,” and, indeed, the script’s unique structure does make the experience of watching the movie feel a lot like reading “The New Yorker.” But while the trick is clever, it’s also hollow; capturing the essence of a magazine doesn’t feel like a goal worthy of Anderson’s time, and that’s really all he’s doing here. The shorts don’t resolve to any sort of unified conclusion, and no central theme emerges. “The French Dispatch” will certainly charm viewers, but it will hardly move them.

Watch it: if you’ve ever worked in a newsroom.

Skip it: if you haven’t already watched and loved “The Grand Budapest Hotel” and “Moonrise Kingdom.”